'Facing the Dragon' Filmmaker Speaks on Taliban Takeover in Afghanistan, Women's Rights and the Role of the West 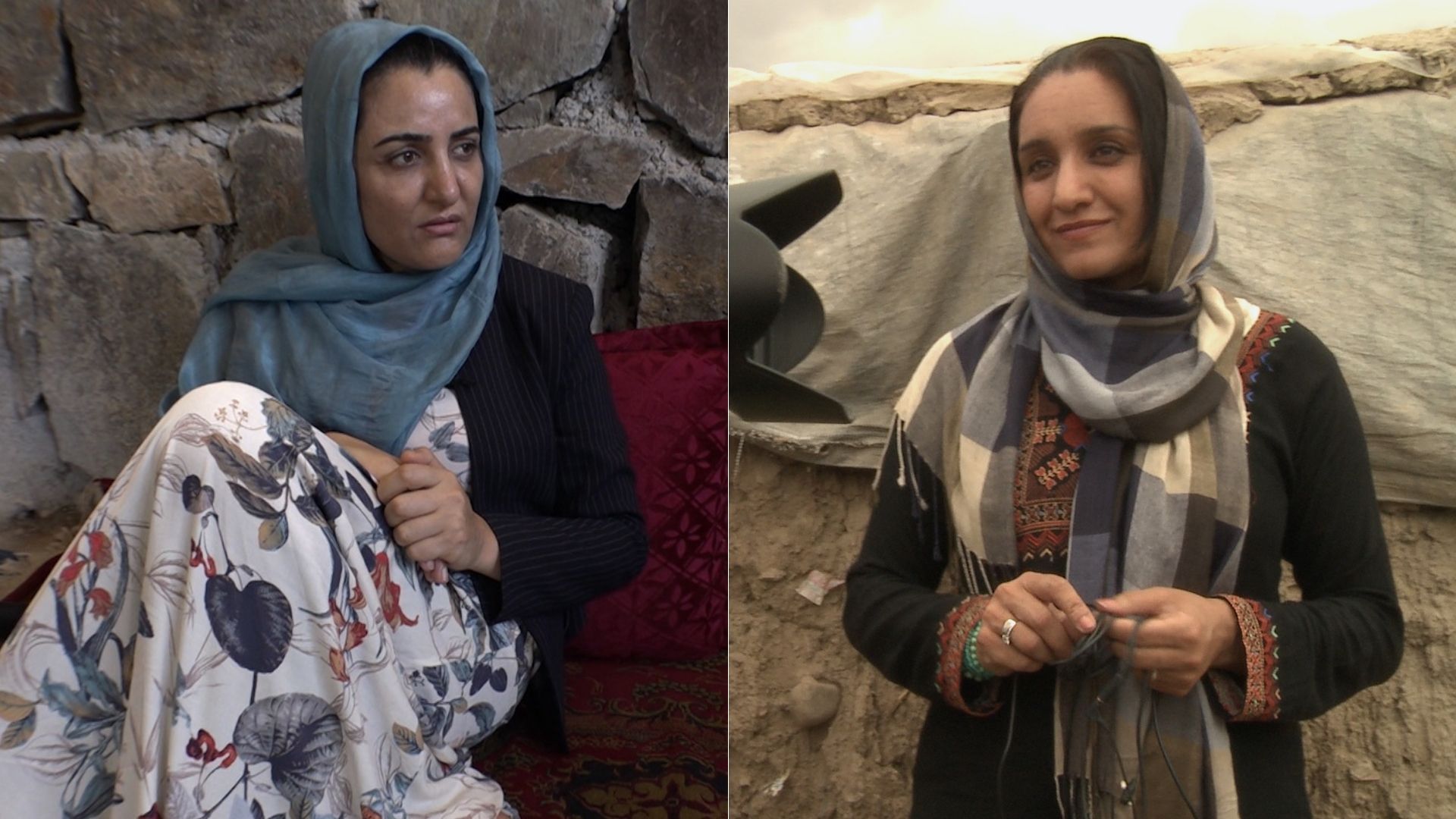 For four years, filmmaker Sedika Mojadidi documented the lives of Dr. Nilofar Ibrahimi and Shakila Ebrahimkhil, two Afghan women and mothers, as the U.S. began their withdrawal of military and foreign aid in the country. Amid increasing violence and unrest throughout Afghanistan, the two women were forced to make life-altering decisions for their families and careers as a member or Parliament and television journalist, respectively.

Under President Joe Biden’s plan, and following a chaotic and deadly evacuation effort in Kabul, the last U.S. troops have returned home, leaving Afghanistan vulnerable to a patriarchal society that devalues its women and girls. Recently, WORLD Channel spoke with Mojadidi, who provided context to the current state of her native country and the hopes she has for the future of Afghanistan.

WORLD Channel: How are Shakila and Nilofar today since the Taliban have taken control of Afghanistan?

Sedika Mojadidi: Dr. Nilofar Ibrahimi, who is a politician from the north of Afghanistan is one of two women that hold seats for that province. She has been working as a member of Parliament for the last five, six years. My other character is Shakila Ebrahimkhil, and she was a reporter for Tolo News, which is the most-watched TV network in the country. She's from Kabul as well.

Nilofar had sent her children and husband to Australia about four or five years ago. She spends time between visiting them for a few months and then coming back to Kabul and resuming her work. She was leaving Australia, in transit in Istanbul, when the Taliban entered Kabul. She's been there...holding her breath, waiting to see what the next chapter is going to be in the unfolding story of the Taliban now having control of the Afghanistan government.

I think what she's worried about more than anything is her family still remaining in Afghanistan. She has her sisters, mother, sister-in-laws, brothers. Like most Afghans, they have a very large extended family. And she's one of the sole financial supports for her family – she's no longer drawing a salary.

[Shakila] lives in Germany, currently, and she works for Deutsche Welle. Her children are going to school and they're thriving as much as they can, but she's very concerned about her family. Her parents, brothers, extended family all live in Kabul.

WC: What does the future look like for Afghan women given the current situation?

SM: It is a big question mark...it's too soon to draw big conclusions. There are a lot of contradictory stories being reported. I don't think the Taliban have changed to the extent where women are going to be able to live in the way that they have for the last 20 years. There may be some accommodations, but I don't think those accommodations are going to [be] equal [to] women having total agency over their livelihoods, professional careers, education. That's really the question: Do they have the agency to decide how they want to live their lives, or do they have to live within a very conservative, extremely restrictive environment?

[Nilofar and Shakila] are examples of women who flourished in the last 20 years. These are professional women who went on to do incredible things and who, later on in their lives, discovered that they really loved being a politician or a reporter. Early on in their lives they were married with children and didn't really have those opportunities. But in 2002, 2003, 2004 and that time period, women were given a tremendous amount of opportunities.

But my characters are not indicative of Afghan women all over the country. We should remember that. It's very easy from here to think of [a singular] narrative of women coming out of Afghanistan, and it's really based on where you go in the country, what the mindset is of people in that community. There are women who live in rural areas in remote villages whose lifestyles have not changed in the last 20 years. They don't have access to education; they live with the burqa; they are sequestered; their husband has [three or] four wives. Those women are not going to feel that much of a difference. 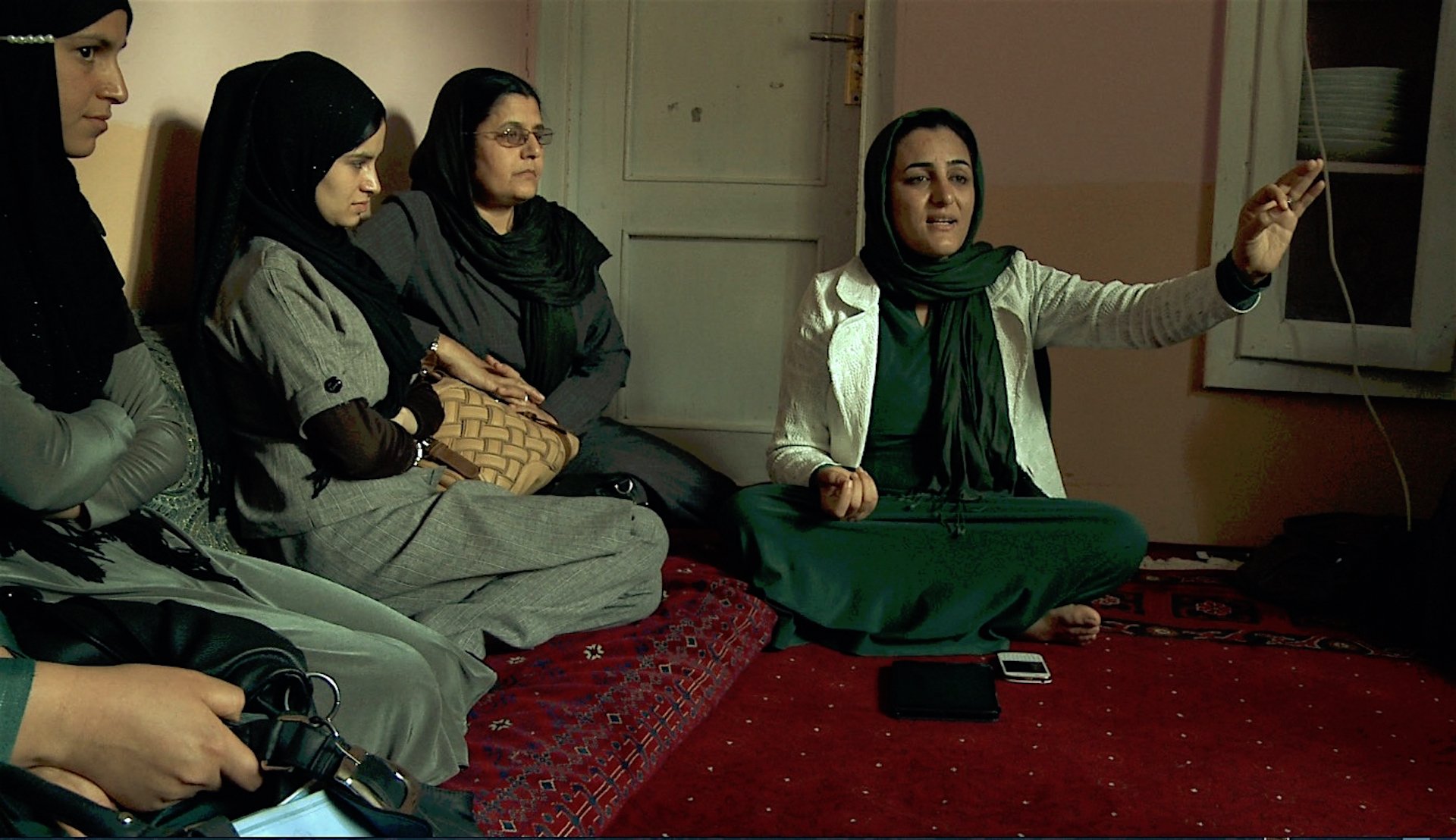 WC: What should we expect to see in a Taliban-ruled Afghanistan?

SM: The Taliban are not a homogenous group of [men]. When we say Taliban, that's like saying the Republicans or the Democrats, even though they are not the same. There are Taliban that are more progressive, there are Taliban that are more extreme, there are Taliban we see in the news giving us updates and press. [We need to] look at it through the prism of a more complex group of people that have their own issues with each other, their own conflicts. And right now they're all vying to see who's going to be in charge of the government.

The rhetoric now is that women can go to school, women will be able to continue their education. All of that is couched within Islamic values. It's the same approach as within Christian values. Who gets to say what is Islamic and what isn't is another question. Their rhetoric in 1996 was women stay home. Women have no rights to anything. Women were abused, women were completely shut out from Afghan society. This is a more sophisticated Taliban, and it's also a Taliban that recognizes that women are needed in order for them to have a functioning society. That is something that they understand, and they also understand that the Afghan women card is the card that the West is going to play for any kind of financial support. We haven't seen any policies yet because they don't know how to write a policy. They don't know how to govern a government. They don't know how to rule yet.

Again, it's a big question mark. I don't really think it's going to be good. I can confidently tell you that.

WC: What’s your next project? Is Afghanistan a part of that story?

SM: I would like to go back and see what's happening to men and women. Once things settle down in the next couple of years...I would be interested in that.

I'm also developing a story – a series of vignettes – on interpreters that have come to the United States [on Special Immigrant Visas] and located in rural areas in different parts of the country. The question that I want to explore is: Who gets to say who's an American? I think that's a question we've been asking as Americans since the beginning of America. All of these Afghans being brought to the country right now, they're not going to big cities. They're going to smaller cities. They're going to places where there are refugee services for them, and that tends to be in places where you'd think, "What is that like?"

WC: What is the message you hope viewers take away from 'Facing the Dragon'?

SM: I hope that people see my film and respond to it, connect to it. The reason I made this film, and the reason I make any of my films, is to connect people. And for people to get a glimpse of what it's like to live in Afghanistan, seeing it as a human story. Hopefully, they can also see, "Wow, this is a film about two women." They're just women. They're just trying to navigate this experience just like anyone else would, and they have the same conflicts, the same difficulties. Some of that will come through, and it will give people a glimpse of that, and also see what's lost, because this era that Shakila and Nilofar represent is over.

Sedika Mojadidi is a director, producer and cinematographer. Her film 'Motherland  Afghanistan,' a story about her father’s work to address Afghanistan’s maternal mortality epidemic, screened nationally and internationally at numerous festivals. Mojadidi has also worked as a producer at The Discovery Channel, Food Network, ABC and more. She is currently a professor at the Savannah College of Art and Design. Mojadidi was born in Kabul, Afghanistan and raised in the United States.

Watch an exclusive interview with Sedika Mojadidi on the making of 'Facing the Dragon,' and subscribe to our YouTube channel for more behind-the-scenes features.

Exposing the realities of Afghan women struggling to maintain their hard-won rights.

Even during difficult times, women – mothers, daughters and sisters – are persevering, continuing to make it their life's mission to open the doors for the generations to come. In March, WORLD shares the stories of women and girls who have defied social norms for the opportunity at equality.