Forging an Understanding of the Sikh Experience: Sarita Khurana on 'Crossroads'

'Crossroads' is presented as part of Asian American Stories of Resilience and Beyond. 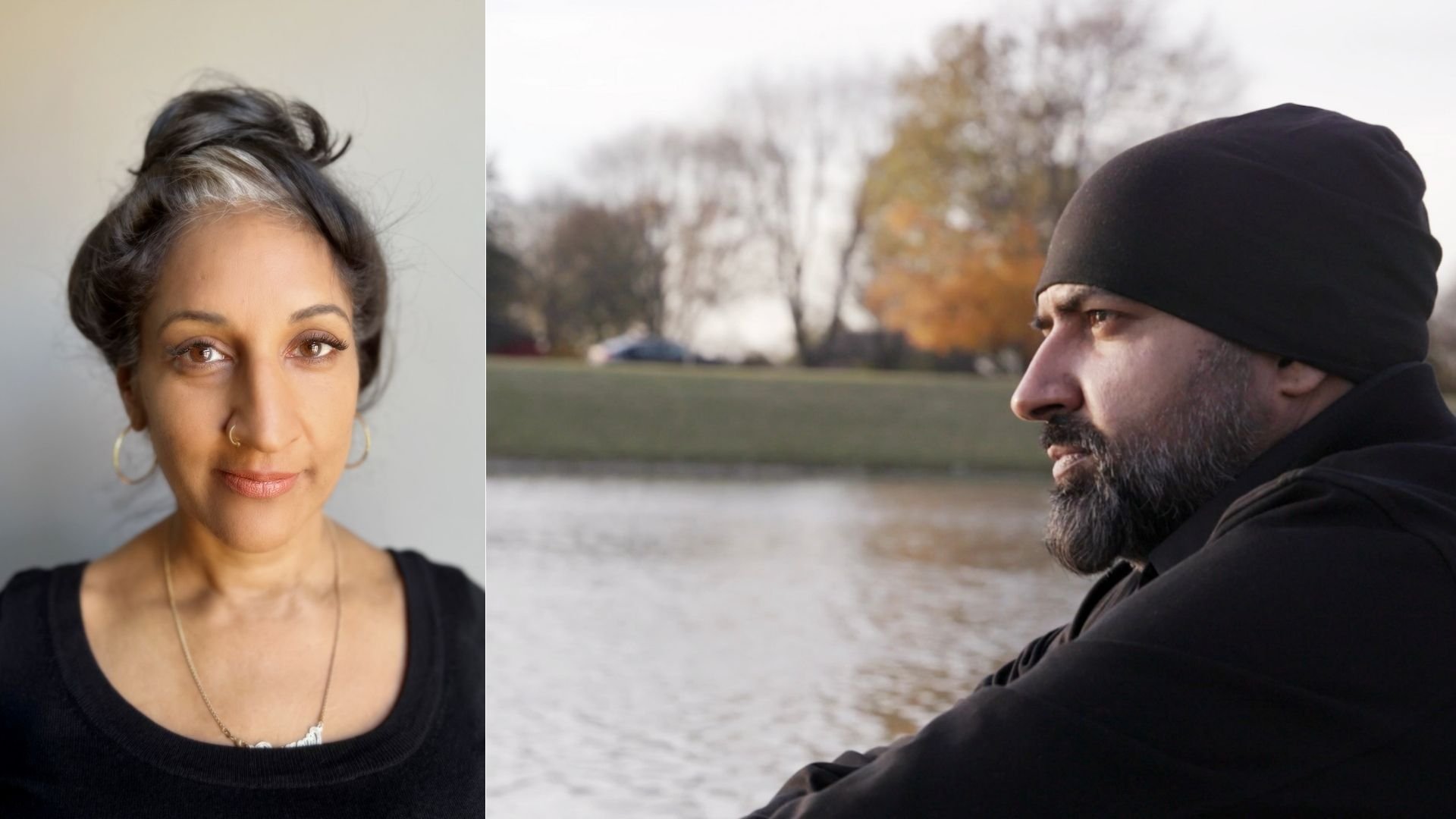 On April 15, 2021, former FedEx employee Brandon Scott Hole arrived at the Indianapolis hub, where he once was employed, and opened fire. He killed eight people, four of whom were Sikh Americans. In ‘Crossroads,’ director Sarita Khurana examines the shooting, the investigation and the impact through the voices of the victims’ loved ones and organizations in Indianapolis’s Sikh community.

“Seeing the news of this mass shooting, and hearing that 80 or 90 percent of the workers at the FedEx facility were Sikhs, made me wonder whether this was a targeted attack and intentional, and what that community might be going through,” Khurana said.

The New York City-based filmmaker, who is Punjabi and grew up attending a Sikh temple, spoke with WORLD Channel about her South Asian heritage and how telling underrepresented stories sheds light on the experiences of communities of color and fosters greater understanding.

WORLD Channel: What was your process in telling this story?

Sarita Khurana: The story [was abandoned by] the national media very quickly. I remember seeing the words “mass shooting,” but also seeing an image of men and women grieving in the gurdwara (a place of worship for Sikhs). At that point, the 20th anniversary of 9/11 was coming up and had really been on my mind. Sikhs were really targeted after 9/11, mistaken for Arabs or Muslims. I'm also Punjabi, and though I'm not Sikh, I did grow up going to a Sikh temple and felt an affinity for this story and wanted to find out more.

I reached out to The Sikh Coalition, which is a national civil rights organization that advocates for Sikh peoples, and within days of this shooting, they were already on the ground providing support to the families of the victims and to the survivors: They were providing legal and mental health services, and they were helping the FBI and the [local] police with their investigation by doing translation and making sure they had access to everybody who had witnessed or was affected by the shooting.

Indianapolis is unique in that for a population of 10,000 Sikhs, they have seven temples in the metropolitan area. I know, being Punjabi myself, I can go to a gurdwara and pray and share a meal with folks. I went to a couple of different gurdwaras to start trying to meet people and talk to them.

That time you spend being transparent about what you want to do and why you want to do it – it took a minute. They wanted to understand, because it's such a personal and difficult thing that happened. When you share these experiences with people, it helps build that trust and authenticity you're looking for.

WC: What is the importance of storytelling for the Asian American and Pacific Islander (AAPI), and specifically Sikh, community?

SK: There aren’t many people that know about South Asian communities in general, but certainly not in the Midwest. Even I was surprised to find that there was a significant Sikh population in Indianapolis. This is a newly-migrated community, over the last 20 years. It is related to 9/11, because people moved from the coast feeling that maybe New York or California weren’t safe enough, and that started some of the migration. Indianapolis is known as the crossroads of America; they would have to travel through Indianapolis to get to the other coast and see that this area was a nice place to live.

In storytelling, creating meaningful change is about visibility – being able to tell these kinds of stories so that people understand what makes up communities across America. Getting those stories out there provides the awareness of who's experiencing what [and] what their lived experience has been. That can be a very powerful thing.

WC: What does your film say about resilience?

SK: When I found out that half the victims were Sikhs and that the majority of workers at the FedEx facility were Sikh Punjabi…I put it in the context of 9/11, because so much has already happened with this community having to deal with media representation. I could only imagine what they were going through. We're dealing with a mass shooting and a community that, since 9/11, has been misunderstood and not seen for who they were.

The Punjabi Sikh community is very strong. There are many ways people have been resilient: coming together in the community, dealing with the police investigation, wanting to grieve, and feeling together as a community. The level of the tragedy called for that kind of response.

WC: How does your film address the perception of AAPI in the U.S.?

SK: The rise of anti-Asian sentiment over the past few years is part of a larger context of anti-Asian racism in this country. It's not new. Asian Americans and Pacific Islanders have been a part of this country for a very long time; the belief is, with education and awareness, perhaps some of the sentiment will change, that people will understand these communities in a different way, not just as foreigners or immigrants. Learning about the diversity of communities across the country, and learning that people have the same values, can help address that anti-Asian sentiment.

The Asian diaspora is very diverse. It's not a monolith. I'm contributing one story of that diversity about the Sikh-Punjabi community in Indianapolis. It’s important to represent personal narratives that can connect with people; the film provides a broader sense of their identity, and what you get is an understanding of who they are as a community.

WC: How has your personal identity shaped how you tell stories?

SK: I gravitate toward stories that are personal narratives, but also intersect with contemporary issues of race, politics and culture. I also have a lens that focuses on South Asian communities, because that community tends to be less represented in the media. When you come from a marginalized or immigrant community, it's a lens that allows you to look at a broad spectrum of things and bring nuance. It's not just telling South Asian stories, it's looking at disrupting conventional narratives when you bring in someone experiencing something differently.

Particularly in the American context, much of our history is set up in a black-and-white binary. Many of those stories – of immigrants, of brown communities – that don't fit into that narrative need to be told and break this conventional, mainstream story. You need to be able to see yourself in history books, in the media, on television shows.

Our own histories, and our parents, grandparents and ancestors' histories, are some of the first stories we hear in our lives. They've deeply affected why I want to be a filmmaker and the kinds of stories I want to tell. My family lived through the partition [of India]; growing up, I talked to my dad about when India was first declared independent from the British and when Pakistan was created. I would hear him tell stories about moving from what's now Pakistan to India in one of the biggest mass migrations in the world. He lived through the violence and slaughter, and I never heard about it outside of when my dad told me about it. It's not something I read in history books.

Those kinds of narratives…they're not out there in the world. If you don't have them, you don't know who you are or where you're coming from. Those voices – our ancestors, our families – are critical to preserving who we are. Telling those stories, and insisting on them, is resilience. It's perseverance in the work we all need to do to make our identities strong and visible, and part of the fabric. [But] we still have a lot of work to do.

WC: What do you hope audiences take away from 'Crossroads'?

During the pandemic, when we saw a rise in anti-Asian sentiment, and again in the context of 20 years after 9/11, you have a community that has not always gotten their due diligence with the criminal justice system.

One thing I want people to take away is to understand the context [and gain] an awareness of this community and what they went through, but also to think about the relationship between the police and FBI and communities of color, and what makes people feel safe and respected in a certain situation. Whether people believe this was a hate crime or not, you want to know that there was due diligence – that people looked into those questions, that people had respect for a community.

Sarita Khurana's 'Crossroads' is now streaming on the PBS app and WORLD Channel’s YouTube. Asian American Stories of Resilience and Beyond is presented in partnership with the Asian American Documentary Network and the Center for Asian American Media.

Episode
Asian American Stories of Resilience and Beyond
Crossroads

After the FedEx shooting, the Sikh community grieves while navigating the investigation.