New Films of Untold Stories Across America Coming in 2022 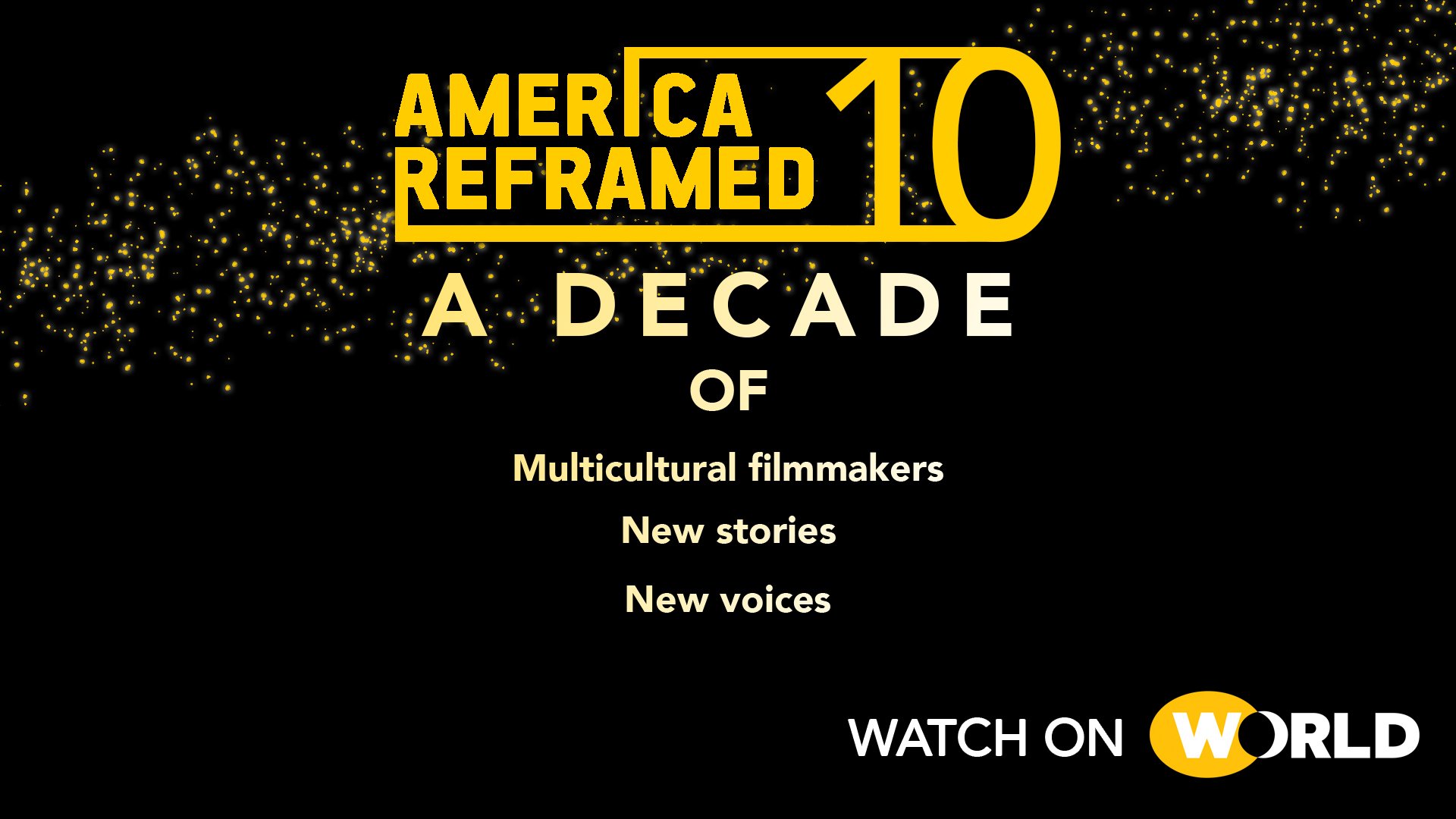 Since September 2012, America ReFramed has aired 170 films from over 370 diverse filmmakers, with female and BIPOC representation at the forefront of the series' mission. Over nine seasons, the award-winning series has become a WORLD Channel mainstay, bringing audiences films that document an ever-evolving America, including stories about people with disabilities, the incarcerated and formerly incarcerated, veterans, the LGBTQ community, seniors, immigrants and more.

"For 10 years, America ReFramed has shined a spotlight on a transforming America, bringing audiences into communities that are becoming increasingly diverse and introducing them to people whose stories are often overlooked by the mainstream," said Chris Hastings, executive producer and managing editor of WORLD Channel.

In 2022, America ReFramed will move to a new Thursday night time slot, bringing with it a slate of seven new films for season 10 from multicultural makers that explore unique experiences of Americans from Rutland, Vermont and Sapelo, Georgia to all corners of the nation.

Season 10 will launch with the premiere of Fannie Lou Hamer's America, a portrait of the life and work of the sharecropper-turned-human rights activist from Mississippi, produced by Hamer's great-niece Monica Land and Selena Lauterer and directed by Joy Davenport. During Black History Month, watch a special PBS presentation of Fannie Lou Hamer’s America on Tuesday, February 22, followed by the WORLD Channel broadcast on Thursday, February 24.

The story of a unique American island, its matriarchal griot, Cornelia Walker Bailey, and her adopted sons as they come of age in the last remaining enclave of the Saltwater Geechee people.

Kendra Mylnechuk Potter, a Native woman adopted into a white family discovers that her birth mother April was also a Native adoptee. Kendra and April connect while navigating what it means to be Native or a member of a tribe from the outside.

In this powerful tale about the rise of Korea’s global adoption program, four adult adoptees return to their country of birth and recover the personal histories that were lost when they were adopted.

In the 1960s, a young San Francisco Chinatown resident, Harry Chuck, turned his lens onto his community to document the Asian-American Movement from the perspective of youth on the front lines.

Three defendants in a specialized mental health probation program and filmmaker Margaret Byrne all reckon with mental illness. Their stories make clear just how precarious the ties between people with mental illness, their families and society can be.

As the year 2021 comes to a close, America ReFramed looks back over its nine seasons that present the story of an ever-changing nation. Beginning December 20, WORLD Channel and American Documentary bring back nine documentaries representing the evolution of the series through voices that tell a deeper, fuller picture of individuals, communities and experiences across this country. Through January 1, 2022, stream America ReFramed films online every day, starting from a season 1 favorite and on through the years, to catch up on the series and look ahead to season 10. Watch only on WORLD's Youtube channel.

A young woman's quest to find a place in her Native American community in Louisiana.

When a gay teen kills himself, his parents are forced to reconcile their own beliefs.

Preview
America ReFramed
Before You Know It

Challenging the limitations associated with disability.

Follow 11-time Jeopardy! winner Arthur Chu as he uses his 15 minutes of TV fame for good.

A glimpse into the daily life of Bluesman Leo “Bud” Welch, an American musical treasure.

A filmmaker's journey of how the deterioration of his vision will impact his life & work.

An ice cream shop owner learns that taking down a Confederate flag may not be so easy.

Season 10 of America ReFramed will premiere on WORLD Channel on Feb. 24, 2022 with FANNIE LOU HAMER’S AMERICA.

Enjoying WORLD Channel's content? We’re able to continue our incredible programming thanks to viewers like you – show your support and consider a donation today.

May May Tchao describes her time filming the Curry family for America ReFramed's 'Hayden & Her Family.'

Go beyond the lens with filmmakers Hui Tong and Kelly Ng about their kids-eye view documentary about theater culture in the Asian community.

Filmmakers Baldwin Chiu and Larissa Lam discuss how their familial relationship with the film subject of 'Far East Deep South' added to the film’s production.

Deborah Payne and David Schalliol discuss how they met and discuss the filming of a local demolition project in the predominantly Black neighborhood of Englewood -- Payne was one of the residents leading the fight against displacement.